I’m sitting here in my bed upstairs writing this post because it is the one place I can get work done in peace. I have been handling being quarantined before there was a quarantine/social distancing situation. How is that possible, Ashley? Glad you asked. It was all because of the surgery that I had recently, which I feel fully recovered from now and because we got a new puppy 2 months ago. The vet told us to keep him away from other dogs until he got all his vaccines to avoid him getting sick. Also to keep him in a safe place that is free of other dogs. The only place where that existed was in our apartment because we have a VERY dog friendly community. If you aren’t up to speed the puppy’s name is Jack Jack. And let me tell you he definitely has multiple personalities.

He’s the adorable little beagle from “Cats & Dogs” and then two seconds later he’s Kudjo from “Sandlot” haha. Now I am new to being a fur parent so my expectations were way off. I’m sure that’s common for new timers. Well, I expected him to have energy, but not run from one part of the apartment to the other as fast as he can bark and run to the other side and do it all over again. What the heck?

Well after some digging, I found out that what he was doing is what dog lovers call the zoomies. Before I knew what they were I thought that we broke him. Turns out he just had more energy than we thought and not being able to run around had gotten to him. Well it got to me too because I was scared he was cracking so what did I do? I tried to reorganize and clean the apartment.

That was a learning experience on its own. Here’s what I did: Why did I go through all of this drama? Well there was not enough room for JJ (Jack Jack), my husband, who is now working from home and myself. We were stepping all over each other literally. For someone who has worked at home for over 5 years you better believe I had a routine and it had totally been interrupted with their unpredictability. So this was a way for me to feel in control of my life. When you feel out of control you spiral and start to snap at others which I saw happening so I made a decision to make a change.

That was great for me, but initially not so great for the puppy. I had to put him in his kennel to avoid him getting hurt, but all the moving and sounds were freaking him out. I couldn’t let him out until I was finished because it was more dangerous than before the move so I squeezed his toys in the crate and made sure he had water as he already ate.

Disclosure: This post may contain affiliate links meaning I get a commission if you decide to make a purchase through my links at no cost to you. You can read my disclosure for more information.

When I finally let him out he went on a rampage sniffing everything. I realized that for him he knew what everything smelled like and where is was and I changed his whole world. That can be nerve recking for a being that needs consistency. I know now that I have to make changes slowly. I thought I would share some insight for anyone who is considering being a first time beagle parent, so here’s what I got:

And that’s it for now. I hope you found this advice helpful if you decide to add a dog to your family. With him all over the place I haven’t done any sewing, but I plan to now that we have a plan in place. Don’t forget to make time for you and what makes you happy. DIY Socks: The Dos and Don’ts to Save you Time Do you agree? Share your thoughts in the comments below. Cancel reply

This site uses Akismet to reduce spam. Learn how your comment data is processed. 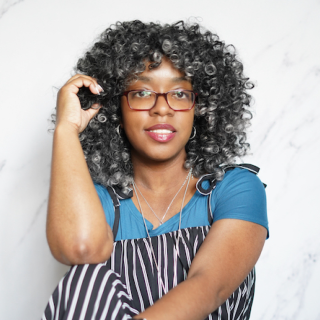